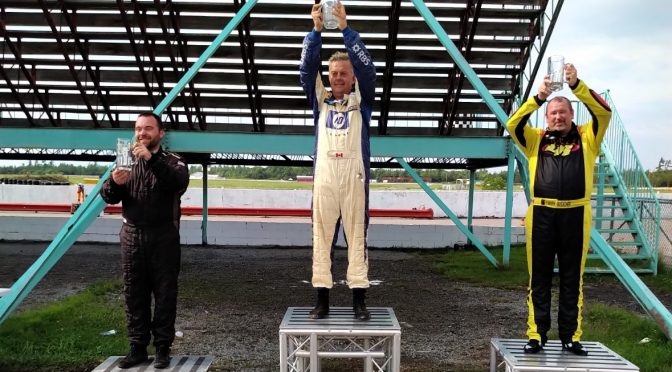 Round 3 of the Ontario Pirelli GT Sprints were held at Shannonville Motorsports Park, near beautiful Belleville, Ontario.

BCR fielded three cars in the GT1 class, which unfortunately became two after an engine failure Friday afternoon for the #167 Camaro of Rob Martin. We were extremely disappointed, especially after a full day of testing without any issues or warning signs that anything was amiss.

Saturday’s events were run on the long track, with the #120 of Blaise Csida taking pole and the win in the afternoon race, and Mark Busscher qualifying 3rd and finishing 4th. Sunday the organizer switched to the Pro configuration. The first race was tricky as on and off showers made for a difficult decision on tires. The top 3 all decided on wets, which in hind-sight was the wrong call as the track dried within a few laps of the start of the race. We struggled terribly to hang on and finished 3rd and 4th.

The last race was redemption, as track conditions were near perfect and BCR brought it home with a 1-2 finish. Another great club race weekend, many thanks to the crew and organizers.