BCR had high hopes going into the first round of the SCCA Trans-Am race, held at Sebring, FL. With two brand new cars and a couple of days of testing behind us, we knew we had the speed to be competitive. 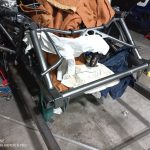 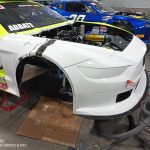 Both cars performed exceptionally thru testing, practise and qualifying. Michele in the #30 BCR/Ghost Mustang was doing great, making positions during the first part of the race, trying to finish the race and stay out of trouble. Thru no fault of her own, she was involved in the crash of 2 other cars, and without anywhere to go, severely damaged the nose of her car. With a frame bent, a shortage of parts, and only 10 days to the next event at Charlotte, we have been working around the clock trying to get the car ready. We had to reconstruct body panels (as they could not arrive in time) and steal components of our other cars in the shop, but with working thru the weekends, we are hopeful to get it done! 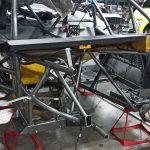 During the first part of the race, Misha was running a strong 2nd sandwiched between R. Matos and M. Skeen, but got spun on a restart which eventually led to a horrendous crash. Thankfully, both drivers involved walked away without serious injury. The car, on the other hand, did not survive. We are gutted over the loss of this car, as it took us 8 months to build and it is impossible to quickly replace.

We are pulling out the #20 Camaro from last year, which was torn apart for winter rebuild. It is also a lot of work to get ready, but we are up for the challenge! We hope to report happier news after the next 2 rounds; the Charlotte roval and Road Atlanta. 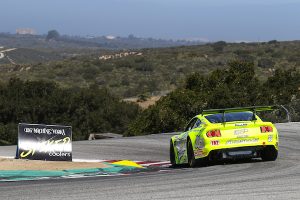 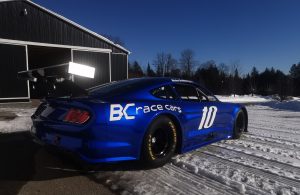 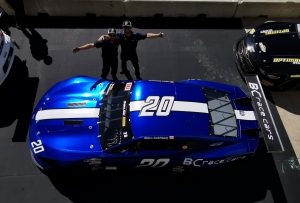