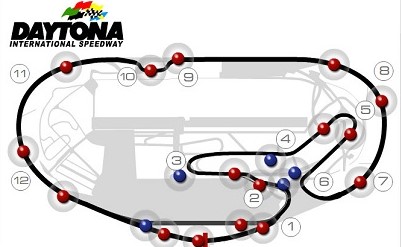 The Trans-Am finale for the 2019 season was held at Daytona International, a great place to be where hotels are close, restaurants are plentiful and the weather is usually beautiful.

BCR was fielding two TA2 cars, Misha Goikhberg in our #10 Camaro and a last minute deal put Canadian Peter Klutt (of Legendary Motorcar) in the driver’s seat of our #25 car. Peter is no stranger to Trans-Am and has competed numerous times in the past, but never with us.

We ran both cars in race trim on the first day of practise, always placing in the top ten. With the series attempt to equalize the different engine manufactures, the restrictions placed on the Chevy LS3 engines was VERY wrong for a track with long straightaways. Unfortunately, the Chevy LS3 equipped cars were simply not competitive at this event. With modern telemetry and Dartfish video, we established that our deficit was 1.2 seconds per lap, which could not  be made up with great handling at a track like Daytona.

So we spent the weekend doing testing, changing set-ups for every session; might as well learn all we can. Both cars were handling fantastic in the race, and as usual, Misha drove superbly and ended up 5th; a great achievement considering the handicap.

Peter had to start last in the race, and quickly made up ground, all the way to 6th position! It was exciting to watch, obviously the car working well and Peter driving great. Unfortunately a multi-car pile-up crashed him out of the race. Definitely a shame, his drive would have made him a strong candidate for the “hard charger” award!

A big thanks to the BCR crew, they were busy this weekend! Repairing cars, changing complete set-ups (we did 3 complete set-up changes with different shocks and springs), and getting it right for the race on both cars! 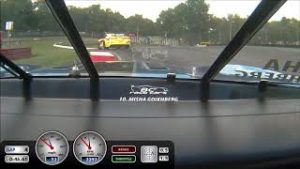 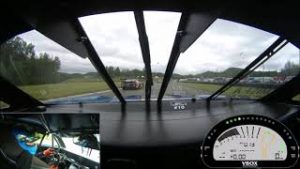