Misha Goikhberg, driving the #10 BCR TA2 Camaro, was the sole runner for BC Racecars at Virginia International for round 11 of the SCCA Pro Trans-Am series.

As usual, we had a lot of fun, but the weekend was far from smooth. We struggled with a loose car all weekend, plus a very unusual clutch failure in first practice. It definitely hampered our customary progress thru the sessions, but we were making gains as numerous changes were made to the car to help our driver.

Misha’s driving talent sure carried the car this weekend, and he was able to qualify 4th, only 0.8 second off the pole. With some last minute changes for the race, we were not hopeful.

In fact, Misha dropped back to 6th early in the race, struggling with race pace. A tap and spin put him even further back, at one point running down in 10th position. But he drove well and made it back to 6th on pure pace.

A mechanical failure of the leading car plus a violent crash in the closing laps promoted us to 4th. Satisfied with a solid result despite not having the best car, we left feeling good. A few days later we were informed that a disqualification resulted in us being 3rd! A podium is a podium, we will take it! 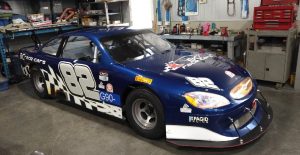 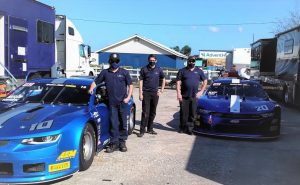