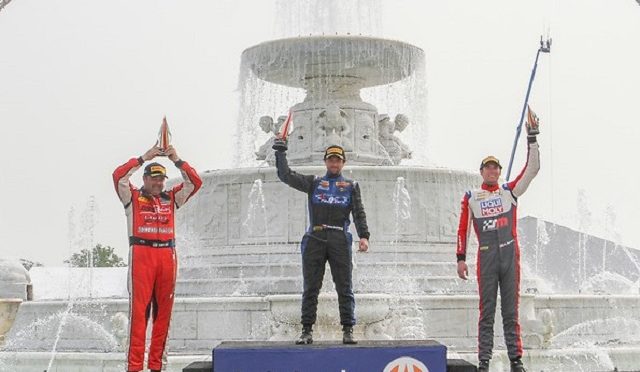 Overall, it was an incredible year of racing achievement for a modest team from Cavan, Ontario, both in the professional ranks of Trans-Am racing and at home running the Ontario Championships.

Running in the Pirelli GT Sprints, Rob Martin and Mark Busscher were both fully supported by BCR. Both of them had to learn new cars, and finally enjoyed some well-deserved reliability and success on the track. Mark continually improved thru the season and really started to understand the car by mid-year. An unfortunate incident put him out for the balance, but we are super excited about this combination of driver/car for 2020!

Rob Martin’s car was new to him and us, so we both had to learn and understand what it needs. Rob did a great job, always giving us good, calm feedback and that resulted in the fastest lap he has ever done at Mosport, a 1:23.1! Not too shabby for an inexpensive stock car…….He also finished 37 of the 43 available sessions of testing and racing, enjoying fantastic reliability as well. More to come for this combo, some major handling improvements are planned for 2020!

Jim Beaton, piloting the BCR re-built C6 Corvette won the championship in GT-1 again! Jim does a great job driving and maintaining the car, but we feel proud that yet again, a BCR engineered car takes the top step!

In Vintage, Del Bruce carried the flag for BCR with a great 2nd place in the Championship for the VH1 class with his #99 Corvette. Congrats!

In the pro ranks, it was a year of firsts as well; not only did we get our first ever Trans-Am win, we got two! Running a limited number of events, Misha Goikhberg gave us our first win, and also achieved three podiums in 11 races.  Not only is Misha an incredible driver, but he and coach Bob Perona are constantly pushing us to improve and excel! We are ecstatic that they are back with BCR for 2020!

Our second car, the #25 Camaro, also enjoyed great success. Good friend Tony Ave became the second winning driver for BCR. He also scored a second place finish in the three races he entered with us and created many memorable moments (and bent race car pieces) in the process. Luckily, close mutual friend David Jans was there to ease the pain……

The #25 car also had an incredibly talented driver line up in 2019. Ethan Wilson was a great addition to the team, competing in 4 events and achieving a podium and running in the top 6! He should have had two podiums but for a bizarre brake caliper failure at COTA where a win in the West Coast race looked certain

Also driving that car were Aaron Pettipas (who liked it so much they bought the car from us), Kent Vaccario and Peter Klutt. All three did fabulously in their first and only race thur BCR with Aaron finishing 7th while Kent placed 6th! Peter would have also achieved a top 10 as he was running in 6th place when an incident ended his day.

We thank all our great customers and wish them continued racing success in 2020!