It was a tough weekend for BC race cars at Mid-Ohio, one of the premier events for Trans-Am on the calendar, supporting NASCAR’s Xfinity series.

Testing and practise went well for all 3 cars, and the crew was almost bored at not having to do much. We tuned the cars, played with set-ups and weight, and were utterly satisfied with the speeds the cars/drivers showed, looking forward to qualifying.

Qualifying was cancelled due to thunderstorms moving thru the area, a bummer as Trans-Am would line up the cars based on championship points, which none of the three drivers had. As such, we were starting last….. 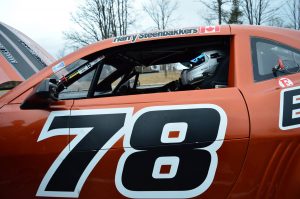 Harry Steenbakkers had a fabulous start, and quickly moved up to the top ten within a few laps! His progress was remarkable considering the strong 26 car field and we were poised for a great top 5 finish. But, as luck would have it, the transmission shifter broke, a very rare failure. Harry struggled for as long as he could, trying to twist the knob and find gears, but finally retired on lap 32. What a wasted opportunity…..

Steve Kent Jr. in our BCR green machine also had a good start, slowly but surely working his way to the front. With some great moves, a really fast car, good driving and some lucky yellow flags, we found ourselves in 4th place!!!! A great battle ensued for 4th with Lawrence Loshak, awesome racing, side-by-side, Loshak eventually getting 4th from us. Shortly after, the 6th place car simply punted us off the track, and we eventually finished 11th. The disappointment was excruciating! 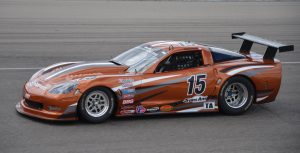 But, our bad luck would continue in the TA race as well. Steve Kent Jr in a last minute deal, decided to run our #15 TA car. Starting last, and NEVER having driven the car, he quickly found his way around, and moved up steadily in the race, getting faster lap after lap. He would progress all the way to 7th position by lap 13, only to have radiator cap failure retire him early. There is always next year…..