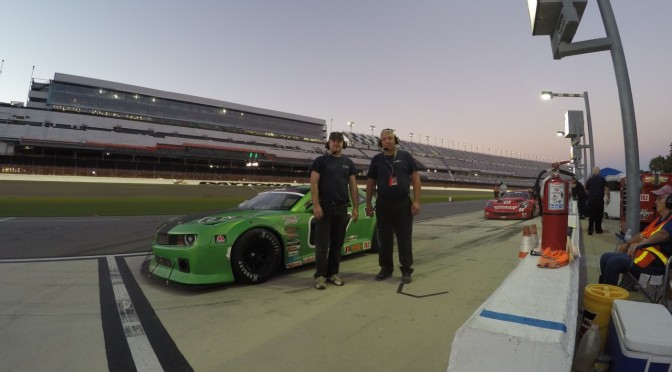 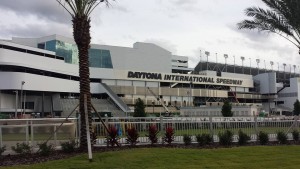 Great weather, lots of cars, fierce competition and plenty of rubbing-banging marked the SCCA finale at Daytona. BC Race Cars had 3 entries, Andrew Romocki in TA, and Mike McGahern and Jordan Bernloehr in TA2.

Testing and practise were uneventful for all three cars; each driver/team trying their best to dial in the set-up, do the full fuel load runs, and get ready for qualifying. 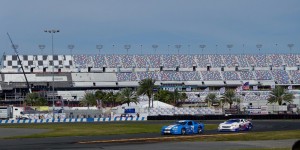 Andrew pulled a personal best in qualifying, posting a sub-1:50 lap time, good enough for 10th position and positive about race pace as the car was able to maintain such pace on longer runs. 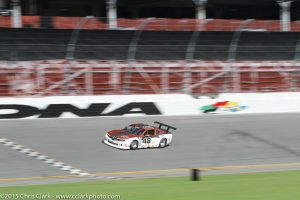 Mike McGahern also posted a respectable lap time, a pleasant surprise as he was struggling a bit in final practise, partly due to a tired motor. Jordan’s qualifying was terrible, because of a bad adjustment on the crew’s part, we made the car too loose for him. He would end up 16th, just behind his team-mate, a disappointment as we were top 10 thru most of practise.

With 65 cars starting the race, our plan was to stay out of trouble, pace ourselves and save the cars for the end. Andrew was slowly making his way to the front, running consistent lap times. He made it all the way to 6th, when a TA3 car T-boned him after a re-start causing a flat tire and other damage on the car. After a quick tire change, he was back on track, one lap down, until something broke in the driveline, we suspect due to the impact. He still finished 8th overall in class. 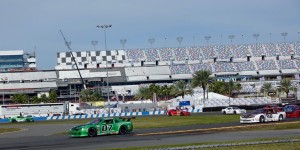 Jordan and Mike had an even more eventful race, marked by endless rubbing and grinding. At one point Jordan fell back to about 20th, being squeezed out. Mike did well, making up positions, but took its toll as he was hit so many times he lost count; “ I felt like a ping-pong ball out there”. One last hit finally did him in as the right front tire deflated, but still ended up 11th out of 28 TA2 cars that started!

Jordan drove a very mature race, not letting his cautious approach and falling back bother him. He slowly and methodically started to take positions back, one at a time, and before we knew it, he was battling for 4th position! He ended up fifth, the best finish of the season and an awesome drive. See some in-car footage below:

Congratulations of Amy Ruman on her first TA Championship, and Gar Robinson for his TA2 victory! It was an awesome year for both and well deserved.