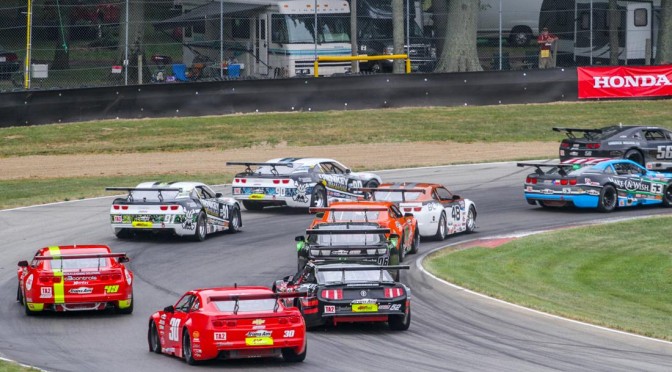 What a weekend at Mid-Ohio for the Trans-Am series! As a support race to the Nascar X-Finity series, the field was large and deep, over 71 cars between the three classes. 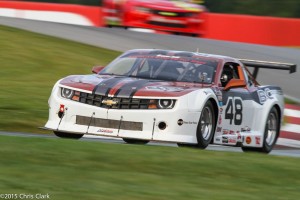 In TA2, BCR had young Jordan Bernloehr in our house #07 Camaro and Mike McGahern running the #48 racing machine. Mike did an awesome job all weekend, qualifying 21st of 39 TA2 cars. As he has never raced at this technical track, we were satisfied with his starting position, but way behind on set-up as he spent the first few sessions learning the track.

The race went extremely well for Mike, always battling with other cars for the entire 100 miles! He was actually up to 13th when a last lap spin put him back to his eventual finishing position of 15th. Well played! 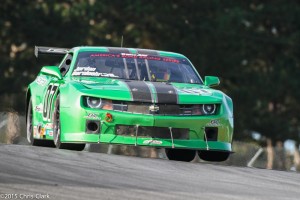 Jordan has also never raced there, but was quick out of the box. His youth and talent propelled him to a 4th place during the final practise, which he hoped will translate to qualifying. During qualifying, he was held up on his “sweet” laps and was told to back off, create some space and try again. He did just that, but entered turn 9 just a little too quick, unfortunately burying the car in the outside tire wall! The damage was too severe to continue. A shame, telemetry had him around a 5th place qualifying effort, pretty impressive! 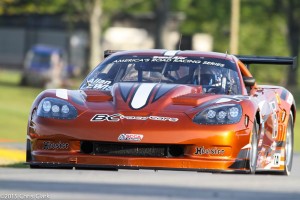 Allan Lewis was a our sole TA entry. Allan had a difficult time in qualifying, as it was the first session of the day and the dew on the track made it very slippery. So we decided to use second chance qualifying, and made it to 14th starting position. The race turned out to be another awesome one to watch as Allan battled his way up to 7th before an engine failure with only 3 laps to go! A tired engine, we knew, but hoped would last….. 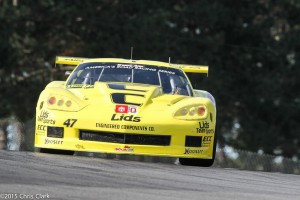 Our other highlight of the weekend was the ECC Corvette, built by us from the ground up and run by the talented ECC group, driven by no other than Adam Andretti. There was so much action, there isn’t enough space to describe it, let’s just say the car finished with its rear bumper mostly missing, part of it hanging off, the front fascia smashed it, and without 3rd gear! But finish it did, earning a well deserved 3rd place! What a drive from Adam!! 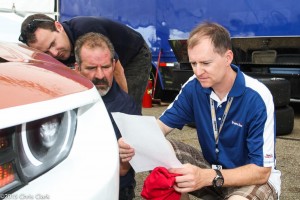 We have a week to turn all three cars around, and head to Road America. As of this moment, we are not certain if we can repair the #07 in time, 5 working days a pretty tight for such an extensive job, plus body shop to repaint, complete set up and decals! I have every confidence in the BCR crew, they are simply awesome, we will give it our best! 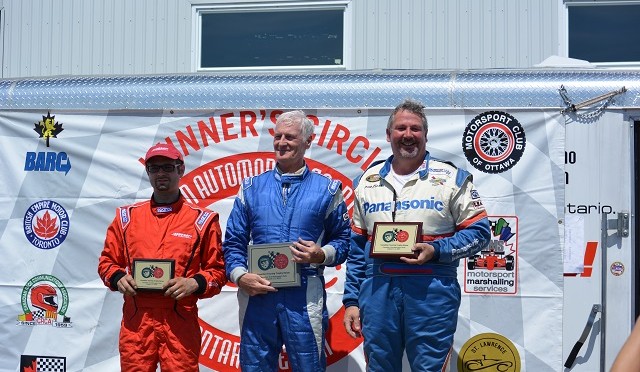 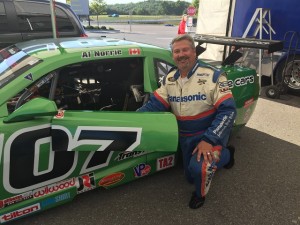 Wow, what a weekend!

I want to thank everyone for making the BARC Canadian Touring Trophy Races Aug 1 & 2 so rewarding.   From my perspective the weekend was flawlessly organized and all of my interactions were excellent.   At the risk of unintentionally leaving someone out I am extending my heartfelt thank you to all the BARC organization, the CTMP marshals and all the volunteers for an amazing experience. 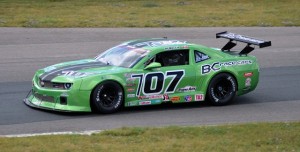 As this was my first GT1 race I really want to highlight the incredible emotions I experienced.        Obviously I had butterflies combined with anxiety in the morning and while sitting on the mock grid.   The on-track sessions generated a strange combination of anticipation, fear, exhilaration and competitive aggression. Lastly the checkered flag brought relief and elation -I had not crashed but in fact earned a podium position.   However, I think one of the most unexpected feelings is the overwhelming support and  expressed camaraderie  by all of the racers, team personnel and my circle of friends.   I am truly honoured to be part of this amazing racing fraternity. 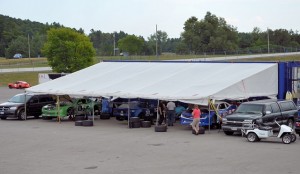 Lastly, I am indebted to BC Race Cars for enabling this entire experience.   Blaise and his team made me feel like a rock start/pro driver.   BC Race Cars are beyond a first class operation. They ensured my safety and enjoyment by looking after every imaginable detail. My personal crew chief, John and the team, tirelessly attended to my coveted GREEN Camaro – tires, set-up, fuel, cleaning, and safely buckling me into the cockpit.   Penny’s hospitality graciously went beyond ensuring we all enjoyed outstanding lunches and plenty of refreshments throughout the weekend. 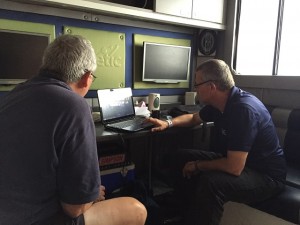 The pinnacle was the personal coaching and knowledge that Blaise tirelessly shared with me – inspirational!